''A Gnomish heir from a lunatic dynasty'' Senator Shehu Sani replies Gov. El-Rufai's son who trolled him on Twitter 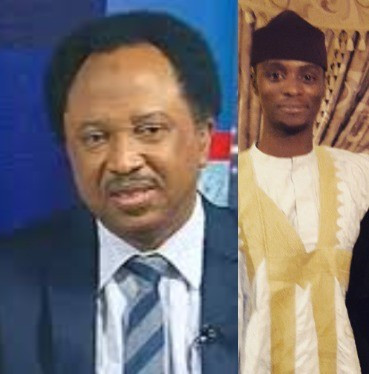 Senator Shehu Sani and Bashir, son of Kaduna state governor, Nasir El-Rufai, had a mild drama on Twitter this evening.

Trouble started when Senator Sani earlier today, shared the photo below mimicking politicians on how they relate with people pre and post-elections. 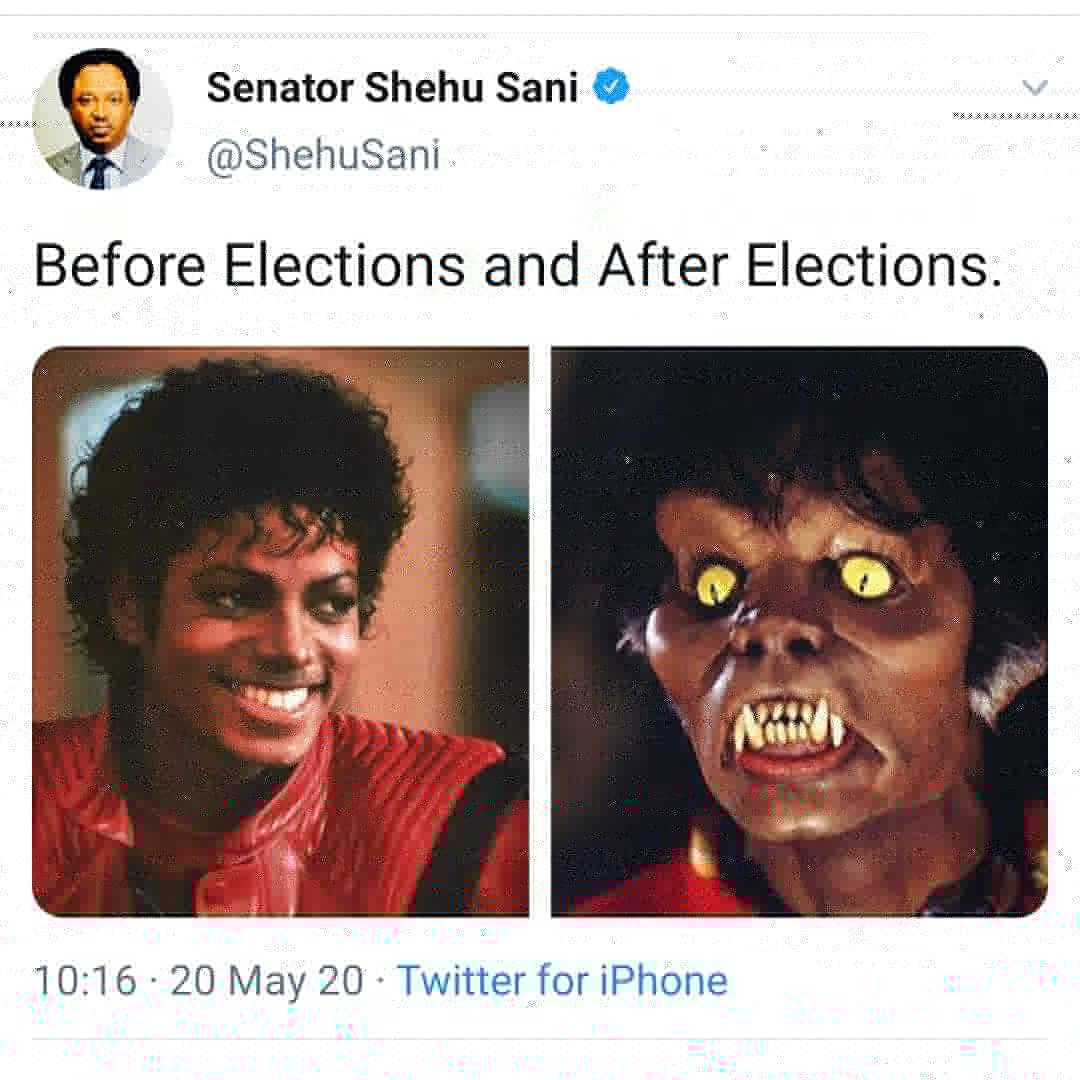 Bashir whose father is a political rival of Senator Sani, made his own collage to mock the Senator. See below 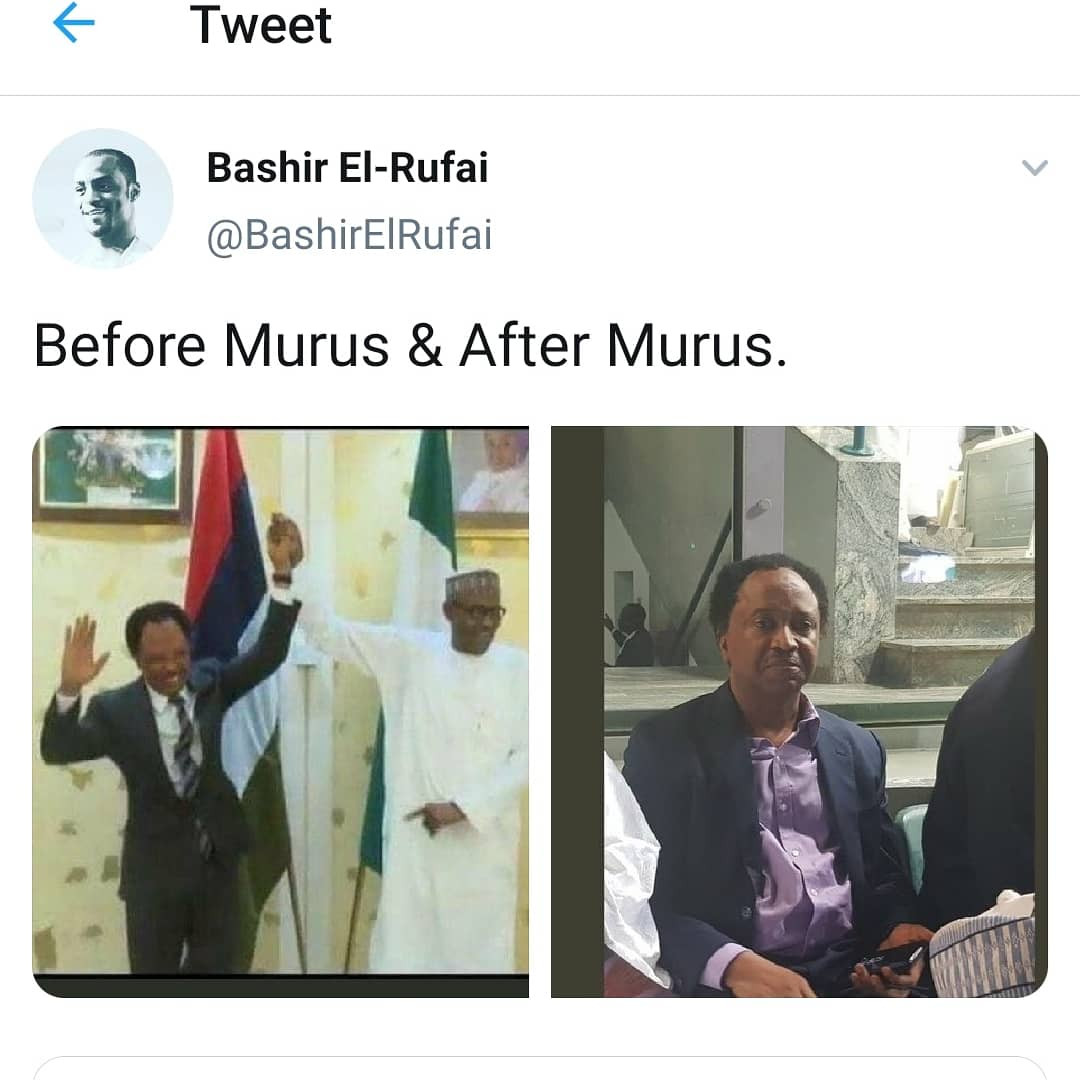 Senator Sani did not like Bashir’s post and fired back at him by referring to him as a ”Gnomish Heir from a Lunatic Dynasty”. Bashir also left a reply for the Senator. See their exchange below 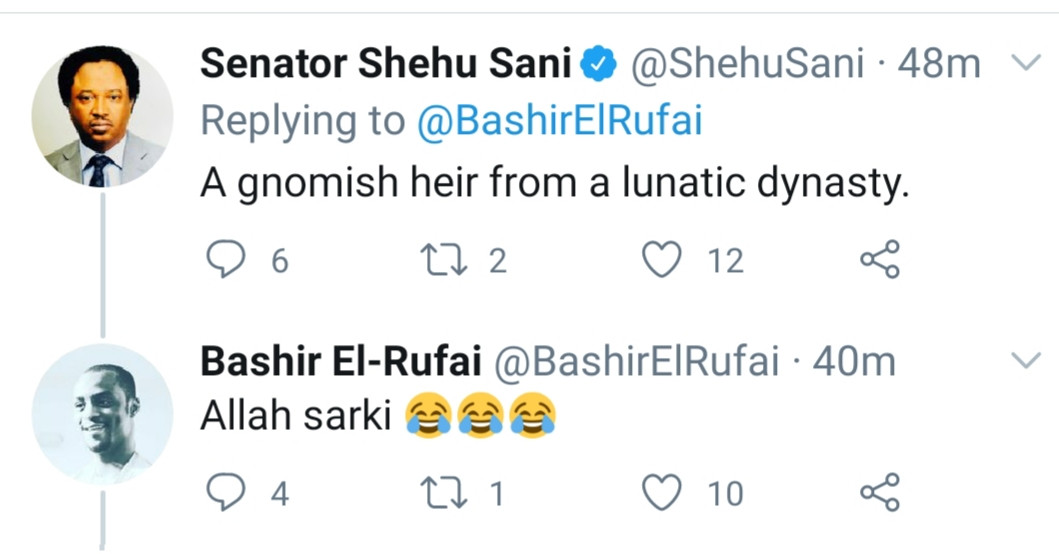