"No rips, no tears, no epidurals" New mom's birth announcement rubs some people off the wrong way 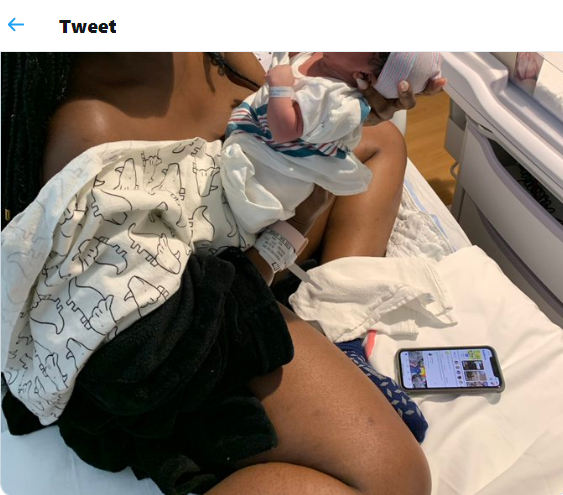 A Nigerian makeup artist took to Twitter to announce the arrival of her baby with words that rubbed some people off the wrong way.

The YouTuber revealed that she had her baby just hours ago. She shared a photo of her holding her newborn on the hospital bed and wrote: “I pushed this human out today, weighing a healthy 7lbs 5 ounces. No rips or tears and my biggest accomplishment no epidural !”

The post quickly went viral with over 61,700 likes and over 6K retweets. 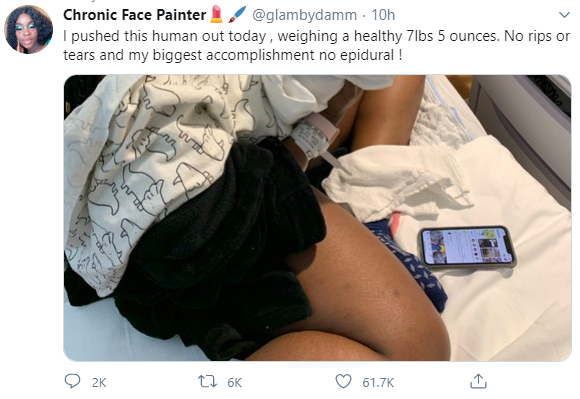 But some people thought the words she used to celebrate were inappropriate and insensitive. Some said her words shame women who used epidural and had tears during childbirth. Others told her that women who use epidurals are champions too.

However, the criticisms were not as much as the congratulatory messages she received. 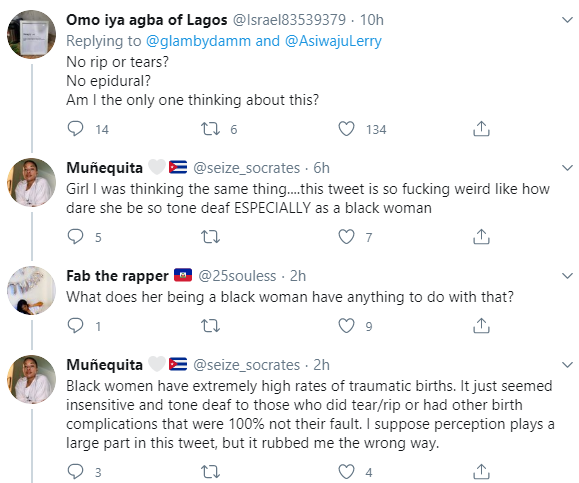 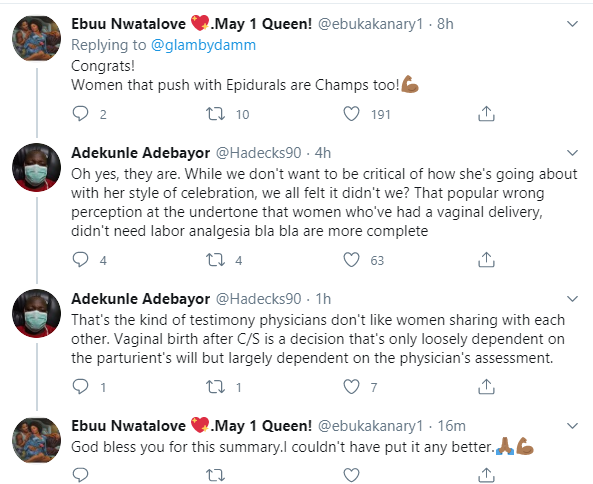