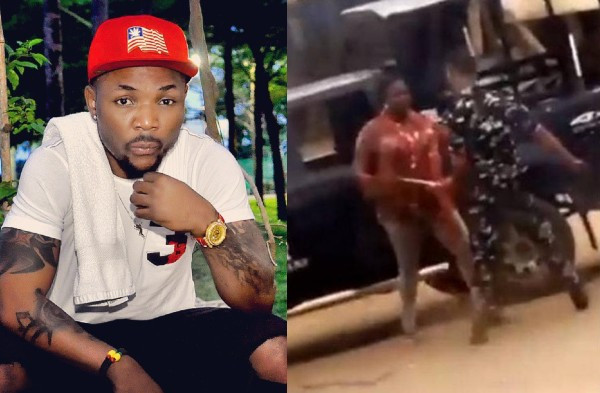 Oritsefemi has been called out by some social media users who accused him of endorsing police brutality following the use of a victim’s video in his new music video.

The singer whose song centered on the Coronavirus pandemic, used the video of the lady who was flogged by policemen in Osun state to back his claim of “people who think Coronavirus is a fluke, learning their lesson after being beaten”.

Political analyst @YemieFash who called out Oritsefemi, said he reached out to Oritsefemi through a friend but he (Oritsefemi) was only bragging unintelligently. He further disclosed that they will initiate legal actions against him.

Do you remember the viral video of a lady that was flogged by some rogue @PoliceNG men in Iwo, Osun state? @oritsefemi  used the same video in his new music video justifying the actions of the policemen who have since been dismissed. Some of your celebrities are very insensitive

Kindly note that I reached out to @oritsefemi through a friend yesterday after the lady in the viral video, @fabhally called my attention to the situation and dude was bragging unintelligently. We will initiate legal actions against him. 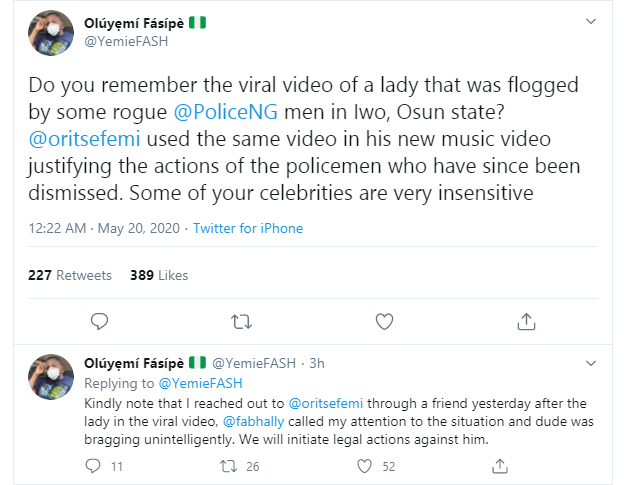 The lady who was flogged by the dismissed police officers also tweeted;

Yes very very insensitive. I even tried to reach out. He called my bluff. How does he think I feel?

I also tried reaching out via his Instagram and email. No reply, nothing, how does he think I feel I ask again. How does he want my children to feel? He clearly was justifying what happened to me. No human or even animals should be subjected to that kind of brutality. 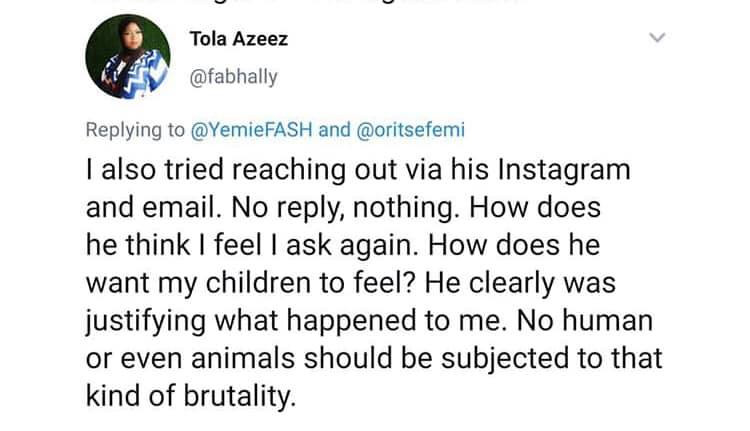