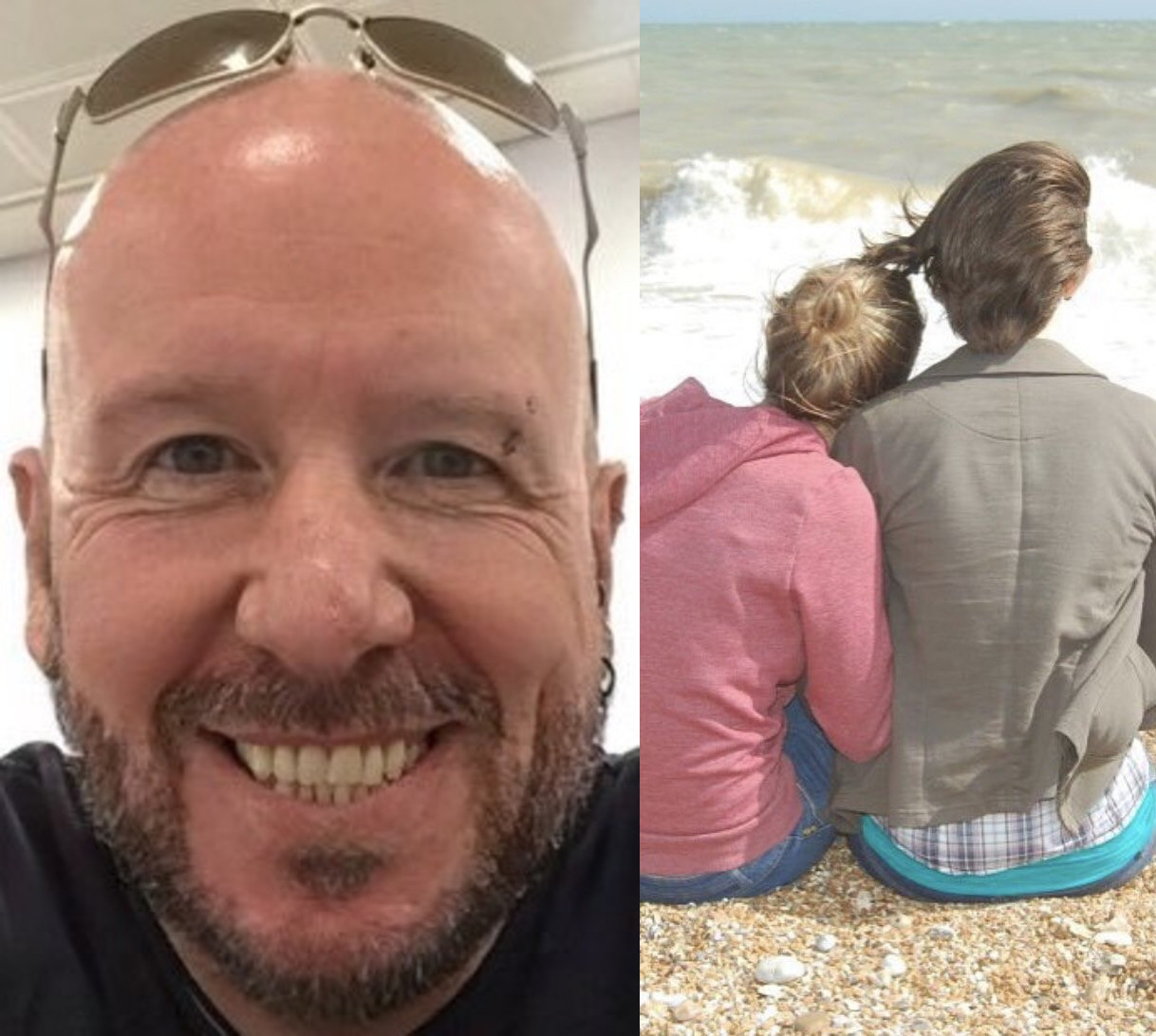 A “proud dad”, who became a “single dad overnight”, has shared photos of his grown daughters who he says he raised on his own after his wife left them for another man.

Sharing a photo of his daughters, who are now women, he wrote: “My then wife was having an affair and left me and our girls when they were aged 7 & 4. I was a single dad overnight and brought them up on my own and held down a full time job. This pic is my favourite my girls and says a lot about them. They are now 25 & 22. They are my world.” 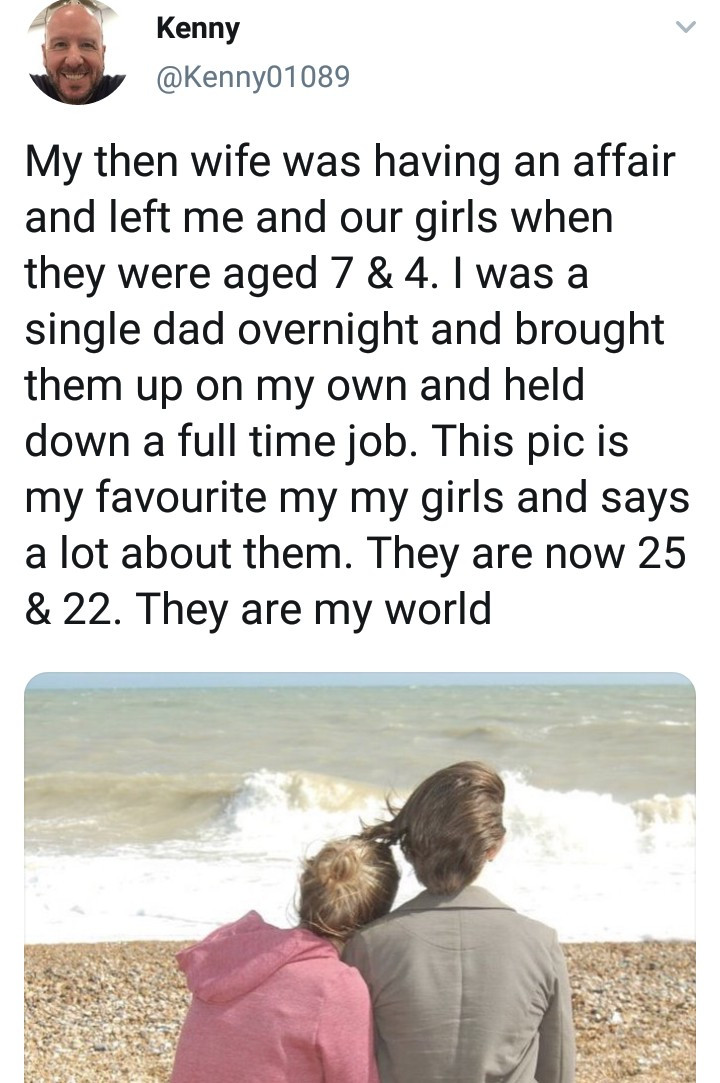 This isn’t the first time the father has posted about his wife’s affair that broke their family.

Some months back, he tweeted: “17 years ago my then wife left me & our girls then aged 7 & 4 for the (married) guy she was having an affair with. I became a single parent overnight. I raised my girls and brought them up, on my own, for them to be the wonderful people they are today. I’m a proud dad.” 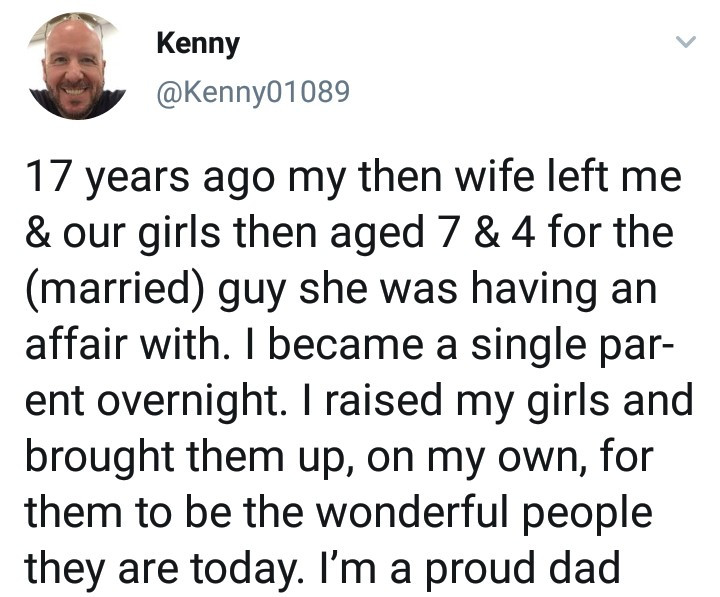 2020-05-22
admin
Share
Previous #JusticeForLeo: Soldier, deserters who kidnapped an undergraduate from Imo and killed him in Anambra have been nabbed
Next Emma Nyra flaunts her banging body in new swimsuit photos