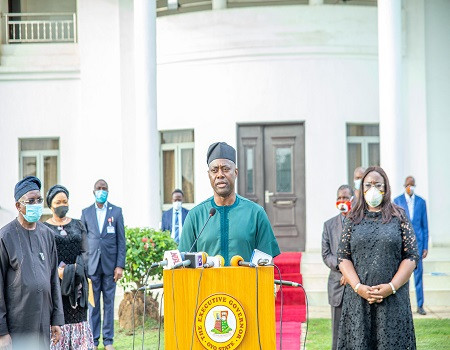 In an update posted on Wednesday afternoon, the governor said six more members of staff of the organization, iSON Xperiences, have now tested positive for the virus.

The governor who made the disclosure via his Twitter handle, said the company remains shut and will be decontaminated.

”The COVID-19 confirmation tests for six suspected cases came back POSITIVE. All six cases are from the same organisation, iSON Xperiences in Ibadan South West Local Government Area. So, the total number of confirmed cases in Oyo State is 143.

The company remains shut and will be decontaminated. The Emergency Operations Centre has continued intensive contact tracing to identify persons of interest linked to members of staff in the company.” the tweet read 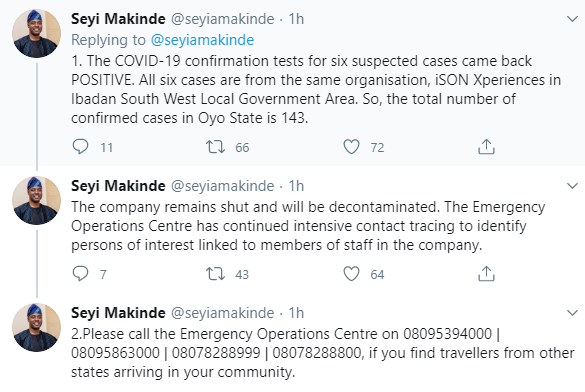 2020-05-20
admin
Share
Previous Nurse accused of stealing baby after she was caught with a newborn outside the hospital premises (video)
Next Court orders Air France to pay Lagos Judge and husband N500,000